This is the cover of Donald Duck & Co 49/1998, celebrating the magazine's 50 year anniversary: 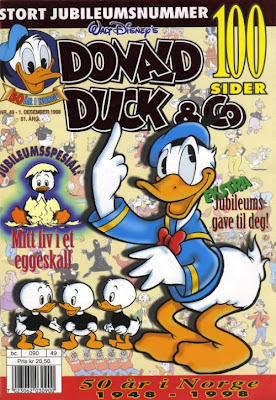 It's based on the cover of the very first issue: 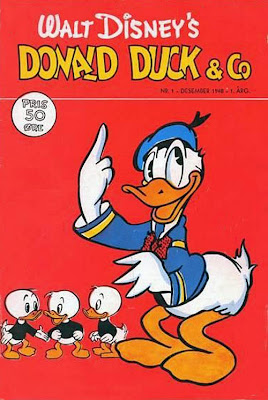 I had done some clean up work on various covers for Egmont earlier, so they asked me to do this cover as well.

The original cover is actually not an original at all, but a cut and paste job based on drawings by two legendary Disney artists: The nephews are drawn by Carl Barks, the Good Duck Artist himself, and Donald is taken from one of Al Taliaferro's daily strips. But the original drawing only shows Donald from the waist up, so some unnamed (and not very competent) artist drew Donald's legs.

It felt like an honor cleaning up Barks and Taliaferro, and was a really fun challenge. The biggest reward of the job was probably the chance to "fix" Donald's legs. Here's my original line art: 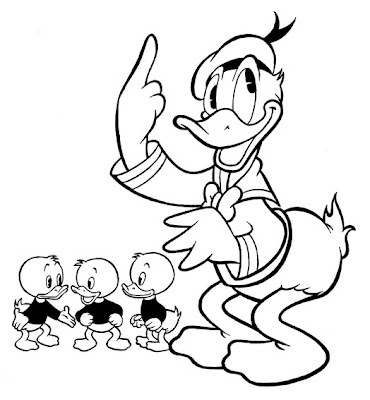 Later Egmont contacted me about doing a cover for their Donald Pocket Books, based on a panel from inside the book (I'm not sure, but I think it's from a comic by Giorgio Cavazzano). 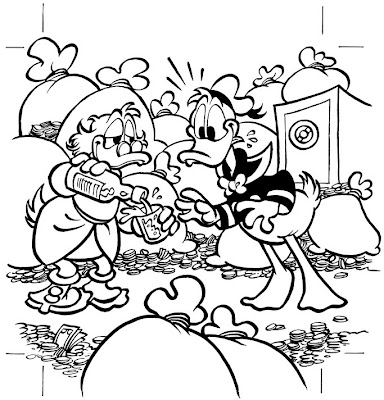 If I remember correctly it was rejected by Egmont's Copenhagen office, so they chose another cover. Oh well, you can't win'em all...